Venice and the crafts of the ‘City of Water’

Venice the warp and weft of land and water, of nature and the works of humankind. An extraordinary city, rich in history, art, culture and tradition: a labyrinth in which to search for its essence. The path that is de rigueur for those who want to understand and help preserve this marvel.

Upon your arrival you will receive the travel guide Un amico a Venezia (Your Friend in Venice) with all the tips and events taking place during the period of your stay.

The dinner with typical dishes of Venetian cuisine awaits you in your residence.

Tour to explore the traditional crafts of Venice

Venetian Nizioleti: saoneri (soap makers), caegheri (shoemakers), remeri (oar and oar-lock makers) and other crafts
Walk through the labyrinth of the streets and canals of Venice, following the city’s original place names, the Nizioleti (meaning little sheets in Venetian dialect) which testify, as in no other city in the world, to its long and fascinating history.

Visit to a ‘squero’, a historic boatyard where gondolas and other boats are built and repaired using traditional Venetian craftsmanship.

Visit to oar makers’ workshop or oar and oar-lock shop to learn about the art of Venetian rowing. Since the first edition of Vogalonga in 1974, thanks to the passion of so many people, the poetry of rowing is being rediscovered. Oar-making is an ancient craft still present in the city.

Excursion to the Riviera del Brenta

In Stra, not far from Venice and Padua, along the Riviera del Brenta, near Villa Pisani, stands the seventeenth-century architectural complex of Villa Foscarini-Rossi. On the banks of the Brenta, the noble Venetian families built imposing holiday homes to reflect their wealth and power. In this stately Villa the visitor can admire the Egyptian and Gothic rooms decorated during its nineteenth-century reconstruction.

Visit to the Footwear Museum, at Villa Foscarini Rossi, which has a collection of more than 1,500 models of luxury women’s footwear. These were produced by the shoe factory over its 70 years of activity and are the fruit of its collaborations with most prestigious fashion brands on the international scene.

Slow Venice! Glimpses of nature and culture among the squares, calli, canals and gardens in Castello. The island of San Pietro di Castello, once called Olivolo, is a quiet corner of authentic Venice and houses the Arsenale, the largest shipyard of the Middle Ages.

Visit and activities to the renowned silkscreen printing shop opened by Fiorenzo Fallani in 1968 as a place for experimentation and artistic innovation. Here you will create your own traditional print to take home with you.

Far away from the hordes of tourists are the fishing reserves in the Venice Lagoon. These are historical environments where fish farming is still practised using ancient techniques.

Excursion to the fishing reserve accompanied by the reserve manager.

Of the 24 fishing reserves of the Venice Lagoon still active, several produce organic fish extensively: the fish live in a natural environment and are not fed with artificial feeds. An exclusive experience for SlowVenice customers: with no noise, no human presence nearby, immersed completely in the lagoon landscape, listen to the tale of Valligiano as you walk along the embankments and sail with a small boat along the lakes of the Valle waterways. 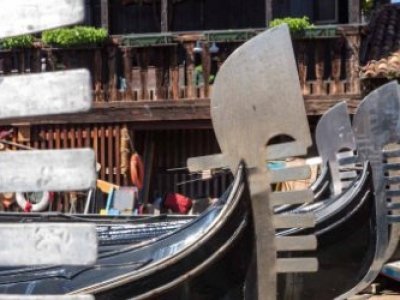 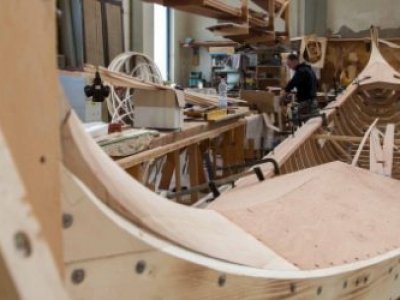 Here are the SlowVenice Partners you will meet during your travel experience with us:

Villa Alberti is your eighteenth-century home, a protagonist in the fascinating history of the Venetian nobles which blends Venetian architectural tradition with the comforts of a hotel.
Savour breakfast made with genuine, fresh produce in the exclusive historic park protected by boxwood hedges and under the shade of centuries-old trees that make for a unique ambience of peace and relaxation.
Here you start your journey to reach Venice and to explore the Serenissima and its surroundings.

Here to find out more about Villa Alberti

Copy this text in the field below

Choose whether to be accompanied by the tales and professionalism of our guides for the entire duration of your stay, or for a few days, or just for individual excursions, or simply follow the tours independently using the directions and suggestions included in our travel book especially prepared for you!
Experience new thrills and immerse yourself in the magical combination of unique elements and sensations. Let yourself be carried away by the never-ending surprises that only the essential Terre di Venezia and its lagoon can offer you.

Customize your stay!
Choose whether to be accompanied by the tales and professionalism of our guides for the entire duration of your stay, or for a few days, or just for individual excursions.

Let’s try to build together your “experience” in Venice