Skip to content
Home/News sostenibilità, ecologia e ambiente/Story of an encounter with the turtle Caretta caretta

Story of an encounter with the turtle Caretta caretta

Our friend Marzia Bonini sent us these exciting images of her encounter with a Caretta caretta turtle sighted yesterday in the Ionian Sea, along the coasts of Greece.

The Caretta caretta turtle is the most common sea turtle in the Mediterranean Sea. It generally frequents the open sea but can go near the coasts and occasionally in inland lagoons, mainly for food purposes. Its diet is based on molluscs, crustaceans, echinoderms, jellyfish and only occasionally feeds on fish and algae.

Usually it prefers the solitude, but during the reproductive period it reunites with other specimens forming more or less numerous herds for migrating towards the mating sites, close to the coasts. In Italy it lays its eggs only in a few restricted areas of Sardinia, Puglia, Calabria and Sicily, in particular in Lampedusa and Linosa.

In the past, this species was also common in the Northern Adriatic, but it is increasingly difficult to find it in our seas.
Today it is a species at risk of extinction. That is why it is protected by national and international legislation prohibiting its fishing, keeping, transport and trade.
Man has always been his worst enemy.

In the 1950s, when fishing was not yet prohibited in Venice, it was sold at the Rialto fish market. It was used for the broth of galana (turtle in dialect) and with the carapace they made combs.
In the exhibition “La pesca in Laguna” at the Centro Culturale Candiani in Mestre you can see a video of those years that shows a large Caretta for sale on the stalls of the Rialto market.

Today there are other dangers that threaten the survival of this species.
They are often injured by boat propellers or trapped in “ghost nets”, abandoned at sea.
But it is above all plastic that threatens their existence. Turtles often die suffocated from the ingestion of plastic waste, particularly bags, which they mistake for jellyfish they are fond of.

We thank Marzia, a friend of SlowVenice, for sharing her emotional encounter that allows us to remember, once again, how we should act in these situations.
Distance, respect and silence are the behaviors that must be adopted when we are lucky enough to live these wonderful experiences in nature.

See you the next SlowVenice’s encounter with nature! 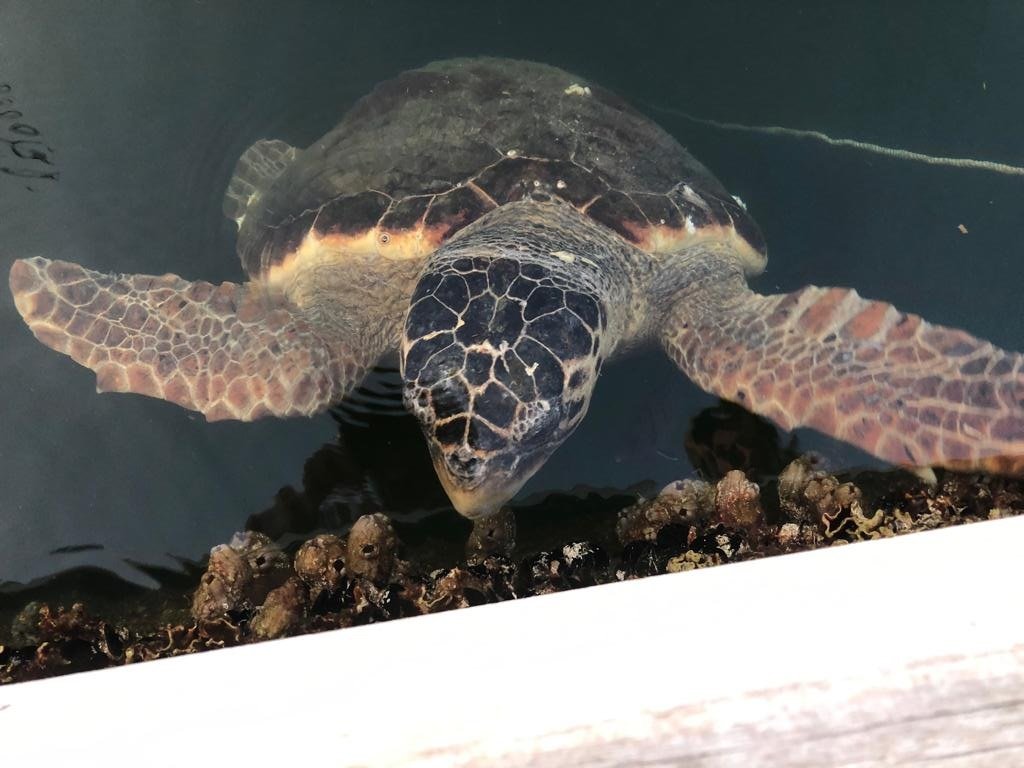 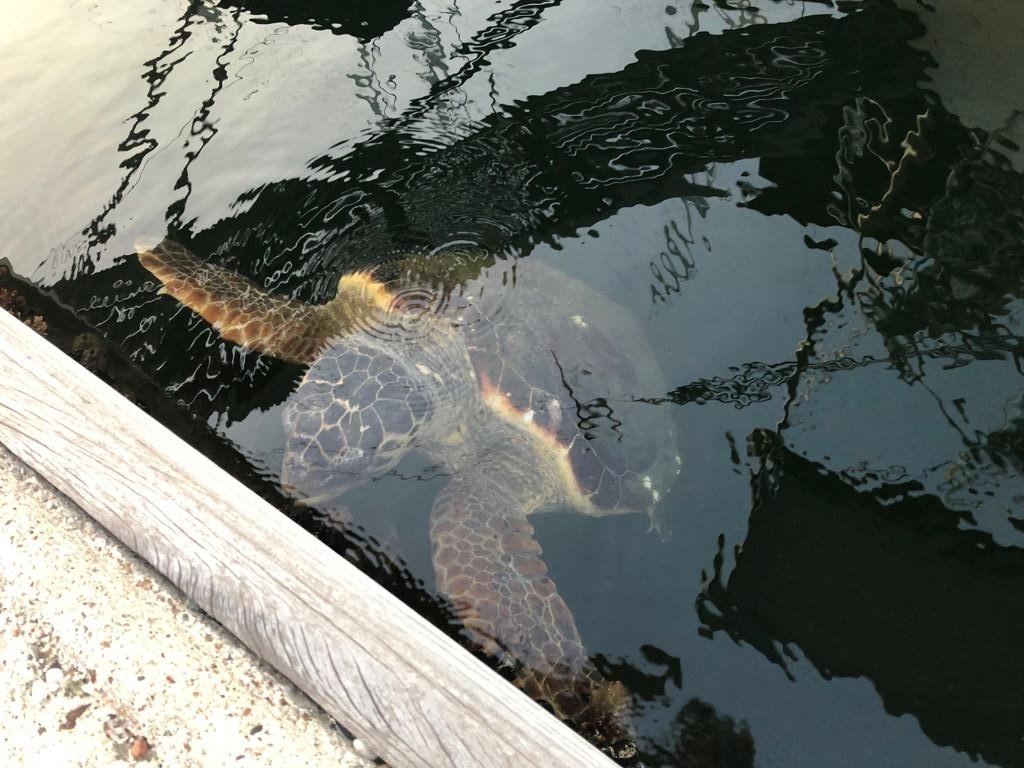