“Festa della Sensa” is one of the most ancient ceremonies in Venice.

Every year, the city celebrates its permanent bond with water, that is like a brush painting an amazing piece of art in this area.

Even today, it writes its history and tells about the inhabitants and their routines.

The ceremony was born in 1000, when the doge Pietro II Orseolo conquered Dalmatia, the southern part of Croatia.
The state barge of the doge, “Bucintoro”, led a solemn procession of boats to the Lido port. Once he reached it, he let a ring fall down into the water saying:

“ We marry you, beloved sea, as a sign of true and everlasting domination”.

Nowadays, the “Marriage of the Sea ceremony” is still celebrated, symbolizing the maritime dominion of Venice and bringing it into the future.

The parade of traditional rowboats leaves from S. Marco to reach S. Nicolò Port. Here, right before S. Nicolò Church, protector of sailors and raft-boat men, a ring is thrown into the water as a symbol of the ancient union.

In addition, during this occasion Associazione Remiere organizes the “Regata delle Schie e delle Maciarelle”, a typical competition between sailed or rowed boats. This year, the prize ceremony will be held on Certosa Island.

It is a unique occasion to visit the Island and to live the magical atmosphere of this tradition!

Discover the bond between Venice and water with Slowvenice! 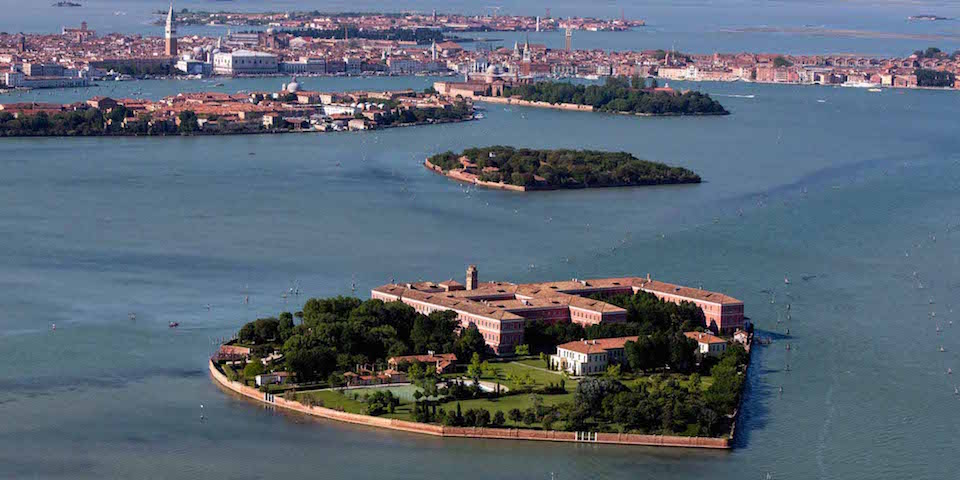